Once the stuff of comic books and sci-fi movies, robots have become an increasingly normal part of daily activities. Robots help assemble the cars we drive, vacuum our living rooms while we’re sleeping, and feed pets when we’re out of town. Now these mechanical helpers have taken on another task: making deliveries to homes and businesses.

Robotic motorized carts known as Autonomous Delivery Vehicles are quickly making inroads in the delivery business; navigating sidewalks and dodging pedestrians to deliver fast food, medicine, groceries and other items to their final destinations. As with many emerging industries, the robot delivery business has been accelerated by the Covid-19 pandemic, as restrictions, shutdowns and the general uneasiness of venturing out has led consumers to find safe options for getting the things they need.

Rise of the machines

While autonomous delivery robots are getting more attention because of the pandemic, they have actually been in use for some time in a number of urban areas, airports, universities, hotels and large corporate campuses.

San Francisco-based Starship Technologies has been producing and testing autonomous delivery robots in Europe since 2014 and launched them for commercial use in select parts of the world in 2017. Starship’s robots are meant for last-mile deliveries and can navigate around people and public spaces without a human driver.

FedEx recently introduced a 4-foot-tall, 450-pound robot named Roxo which uses sensors to navigate sidewalks for deliveries within a 3 to 5 mile radius. Roxo can carry about 100 pounds, and FedEx is testing it for delivering things like auto parts, pizzas and groceries. It’s also capable of climbing steps and curbs to deliver to a doorstep without human contact with the recipient. Each robot has a screen, camera, microphone and speaker, giving FedEx remote workers the ability to control it and communicate through it if necessary.

Amazon’s fully-electric delivery robot “The Scout” is about the size of a small cooler and can drive along sidewalks at a walking pace and can easily navigate around obstacles. Amazon has delivered tens of thousands of packages in field tests with The Scout, though for now the machine must be accompanied by an employee. Once the robots run on their own, the idea is for customers to remove the package from the robot upon arrival.

Chinese start-up company UDI has been experimenting with driverless vans that rely on technology such as cameras, light-detecting scanners, and deep-learning algorithms to successfully complete missions. eCommerce giant Alibaba is seeking to leverage this technology with a goal of handling over a billion packages a day.

Cutting costs and saving the planet

Businesses and local governments are looking at the long game of robotic delivery systems in terms of future cost savings and reducing the impact of traditional delivery vehicles on the health of the planet. Proponents of autonomous delivery robots argue that they will reduce the need for large, potentially emission-heavy trucks to move in crowded cities and reduce the number of delivery drivers needed to get the products people order online to them quickly.

A study by The Institute of Robotics and Industrial Informatics (IRI) estimates that last mile delivery of goods accounts for more than 20% of the pollution in cities, something that could potentially be resolved with more efficient autonomous electric robots. The researchers also noted that these devices would lower transportation costs, with last mile costs currently accounting for 40% of the total cost of delivery.

Other factors like urban congestion, lack of parking spaces for loading and unloading commercial vehicles, and local regulations make the management of urban distribution of goods a very high cost for logistics companies. The use of robotic delivery vehicles could be a game changer in addressing these issues.

As with any new technology, there are risks and potential liability issues that have local governments slowing the deployment of Autonomous Delivery Vehicles in their cities.

As discussed in a recent article for the blog The Spoon, a traffic accident or other damage caused by a delivery robot would likely fall on the company that was controlling or steering the delivery robot at the time of the incident. The designer or manufacturer of a delivery robot that injures a pedestrian or damages property could also be held liable if an injured party alleged that the robot was dangerous due to a defect in its manufacturing or design.

Companies must also consider personal privacy. Privacy and data protection issues could arise due to delivery robots using camera recording and collecting other consumer data through the delivery process. Certain federal, state and local laws restrict and regulate data collection and retention, so companies must be aware of all relevant data protection regulations and make sure any data delivery robots collect is handled in compliance with such regulations.

Though several states have adopted robot delivery legislation, densely populated urban areas have been slower to follow suit. It could be quite some time before large cities such as New York City allow delivery robots to operate in their streets and sidewalks.  In fact, when a same-day delivery robot appeared in Manhattan in November 2019, New York City officials issued a cease and desist order, claiming that the delivery robots violated vehicle and traffic laws that prohibit self-driving cars and motor vehicles on sidewalks.

Robots are people too

Some states are fully embracing the use of robots to the point of giving them legal rights. In 2021, a Pennsylvania state law went into effect giving delivery robots the right to operate on city sidewalks and classified them as pedestrians. Counting Pennsylvania, there are now a dozen states, including Virginia, Idaho, Florida, Wisconsin and Washington, D.C., according to Axios, where it is legal for personal delivery robots to share the streets with people.

The Code Library in eCode360® is a great resource to look at local codes about robot delivery vehicles in your area or in neighboring communities.

Is your municipality looking to impose autonomous robot delivery regulations? Let us know.

General Code is ready to help you update your municipal code so the latest regulations are always available to the public. Contact us to get the process going. We are happy to help! 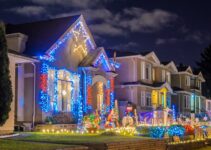 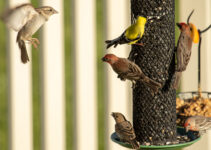 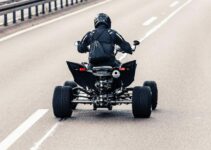