It’s not unusual for the City of Easton, PA to receive 50 to 70 calls, emails or drop-in requests each week for information related to the City’s zoning code. The complex nature of the code can sometimes make it difficult for citizens and municipal staff to find answers quickly.

“We have a form-based zoning code in our community which is kind of technical and complicated to look at. While I have staff to help, it still can be really challenging to try and figure out how someone’s property is zoned or if they can [place] a certain business at their property,” said the Planning Bureau Chief for the City of Easton.

The Solution: An Interactive Zoning Map

General Code, which hosts the City of Easton’s online municipal code on its eCode360 portal, approached the City’s challenge by linking zoning data from Easton’s online code in eCode360 to another resource that is critical to the zoning discussion—the zoning map. Civic Webware®’s ZoningHub™ software became a key element of the solution. Created for planners by planners, ZoningHub makes it possible to present essential zoning elements from the code through an interactive map, including districts and definitions, dimensional standards, and land uses and procedures. By combining the code information and map into a single, user-friendly online tool, it simplified how end users find and use property information that is important to them and community growth.

The interactive map prototype, now known as MapLink™, was rolled out to the City of Easton amid positive feedback from the community. City officials noted that citizens were amazed at how easy it was to find property data with a few clicks on a map. Easton’s Planning Bureau Chief also praised the solution for helping her and other municipal officials work more efficiently.

The MapLink solution is now a regular General Code service and is being implemented by other municipalities as a complement to their zoning codes. “MapLink meets changing public expectations regarding access and clarity of critical code information, which accelerates the development process and improving the user experience with your office. By taking frequently accessed zoning elements such as dimensional requirements, allowable uses, and definitions which are often buried deep in the text of zoning codes, and presenting them through a few clicks on an interactive map makes it far easier for users to find and understand how zoning codes affect them and their properties,” said Wayne Childs, Director of Technical Solutions at General Code.

General Code is helping the City of Easton and other communities better serve the public and grow with fast and efficient access to zoning information through MapLink. We can do the same for your community! To learn more about MapLink and all of our Visual Zoning™ services, contact us. 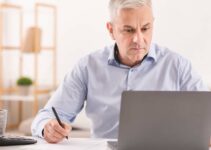 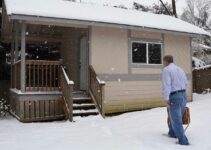