2019 marked the return of the Municipal Clerks Honor Roll. Communities and municipal staff across the country stepped up to nominate an exemplary Clerk they felt deserved to be honored for going above and beyond for their respective communities.

The Municipal Clerks Honor Roll returned for the first time in ten years to coincide with the 50th Anniversary celebration of Municipal Clerks Week as designated by the International Institute of Municipal Clerks. The response was resounding. Nominations poured in from across the country. By the time the nomination period ended, 228 submissions were received.

A total of 150 Clerks were honored by their peers, co-workers, and constituents. Each nominated Clerk received a letter of congratulations that contained the name(s) of the person(s) who nominated them, a certificate of honor, and a commemorative pin.

Some Clerks received multiple nods, and the top three combined garnered 42 nominations! We’re delighted to spotlight Winsome Citarella of Brookville, New York, Elizabeth Dreaper of Dobbs Ferry, New York, and Eileen Birch of Union, New Jersey. Here’s what they have to say about the Municipal Clerks Honor Roll and being named as honorees.

I am very proud and honored to have been selected for the 2019 General Code Municipal Clerks Honor Roll.  I can’t thank General Code enough for recognizing the Village Clerk’s position and our commitment to excellence.
ELIZABETH DREAPER, RMC
Village Clerk, Dobbs Ferry, NY
For any professional, the admiration of your peers is the highest praise you can receive. It’s an honor to be recognized as a fellow Municipal Clerk-Treasurer.
Winnie Citarella
Clerk-Treasurer, Village of Brookville, NY
I’m genuinely pleased to have been nominated by my colleagues and the community. Thank you to the Municipal Clerks Honor Roll for acknowledging me and all the clerks being recognized this year.
Eileen Birch, RMC, CMC
Municipal Clerk, Township of Union, NJ

Congratulations to all the honorees of the 2019 Municipal Clerks Honor Roll. View the full list of honorees on our website. And stay on the lookout for information about the 2020 edition of this special program! 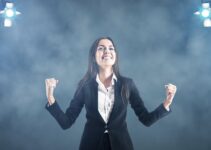 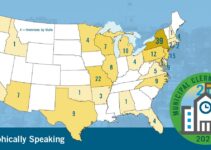 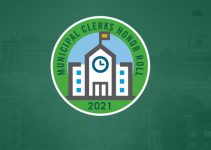